Things are just getting back to normal after a very busy December. Writing-wise, I got very little done last month, but I’m trying not to beat myself up too much about it, as I knew in advance that would happen. I had two major proofreading projects to complete and two lengthy family visits to contend with, so there simply weren’t enough hours in the day to write and still get a full night’s sleep. I envy people who seem to be able to write into the night without it affecting them; losing sleep makes me ill and miserable—not a good state for facing Christmas! However, yesterday I finally waved off my brother and his family (all of whom will be missed, I hasten to add!) and today I’ve written just over 1000 words. I’m starting 2016 as I mean to go on—writing at least 1k per day.

I’m not one for making a great long list of new year’s resolutions, but I have made one other resolution, and that’s to get out for a walk or bike ride every day. Sometimes when I’ve got a tight deadline I bury myself in my work and don’t go anywhere until I’ve completed my set target for the day. But that can be counter-productive, as exercising improves my concentration and helps me achieve more when I get back to my desk. So this year I’m going to get out in the fresh air every day, even if it’s just to walk the mile to the shops and back. Aside from the exercise, I hope being out in the middle of the beautiful Shropshire countryside will give me plenty of inspiration. 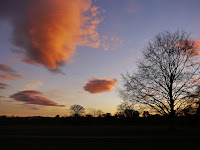 Has anyone else made any resolutions?
Posted by Tora Williams at 19:18 2 comments:


Remember my last blog post? I know – it was back in October and now we’re well into December. I’m afraid family commitments and the day job have kept me busy, but now I’ve got a quiet weekend, so I can catch up on that Love Stories Awards / RNA Winter Party blog post I’ve been wanting to write for ages.

As I’m a country mouse living in a small market town in Shropshire, it was really exciting to get out of my usual fleecy top and jeans combo and dress up in something sparkly. The only downside was having to wait at the bus stop early in the morning dressed in said sparkly gear and full make-up, praying no one thought I was doing the walk of shame! Anyway, after most of the morning spent on buses and trains delayed by the gales of the previous night, I finally made it to London and walked (I seriously hate the London Underground) to Piccadilly for the awards ceremony.

It was wonderful meeting up with fellow Birmingham Chapter friends Bernadette O’Dwyer, Bella Osborne and Alison May. I also enjoyed meeting my fellow nominees for the New Talent Award and saying hi to people I’d only ‘met’ before on Facebook and Twitter. Although I’d previously practised my Gracious Loser face in the mirror, I didn’t need it. Not because I won, but because I was genuinely thrilled for Bernadette, who did.

After the ceremony we walked down an already Christmassy Piccadilly for a lovely cocktail (virgin in my case, because the one prosecco I’d had on an empty stomach had gone to my head big time!) at Waterstones and then on to the RNA Winter Party. This was my first RNA party, so I was overawed by the grand surroundings of the Royal Overseas League and trying not to get too fangirly in front of my favourite authors.  I had a great giggle with my Birmingham friends and even plucked up the courage to introduce myself to Nicola Caws, the M&B editor who I’ve been working with.

Unfortunately I had to leave the party early in order to brave the underground to Euston and catch the train that would connect with the last bus home. Even more unfortunately, I needn’t have bothered because my train was delayed (those storms again) and I missed the last bus, leaving me stranded in Stafford with no bus until 5am. Thankfully I was able to ring a lovely friend who did the 40-mile round trip to collect me.

Of course, the next day it was back to the fleecy top and jeans and the day job, but now I’ve braved one party I hope to make it to others. I can’t wait until the summer!
Posted by Tora Williams at 14:40 No comments: 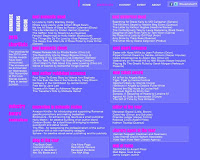 I had exciting news last week when I learned I’ve been shortlisted for the New Talent Award at the Love Stories Awards. It’s a huge thrill to see my name on the list. For some reason the awards webpage is now at the top of my ‘most visited’ list. Can’t think why…

Also on the shortlist are some friends from the RNA Birmingham Chapter. Congratulations and good luck to Bernadette O’Dwyer, who’s also on the shortlist for the New Talent Award, Alison May (Best Short Romance) and Sheryl Browne (Best Romantic Ebook). It's going to be a great party.

The awards are being held on the 18th November in London, on the same day as the RNA Winter Party so I’ve decided to go the whole hog and go to not one but two parties that day. Finally I get a glimpse of the glamorous lifestyle authors are supposed to have!
Posted by Tora Williams at 18:19 No comments: